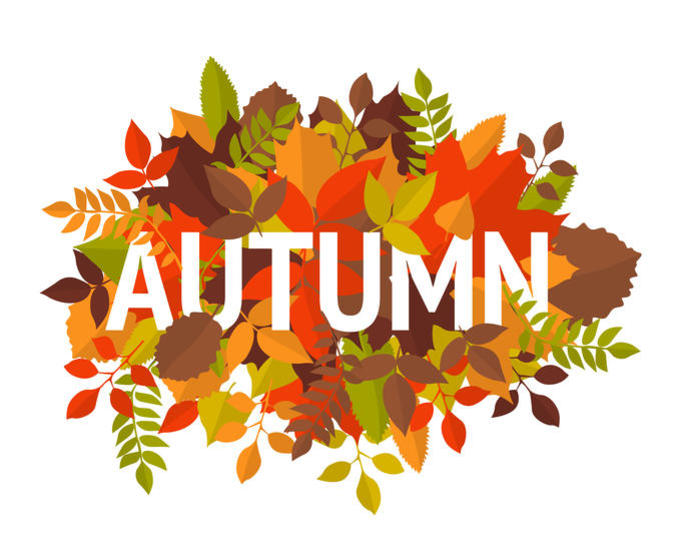 Autumn: What to Know & Where to Go

Posted on 3rd September 2018 at 08:52
New to the UK or moving here soon? Here is some information about the upcoming season of Autumn.
If you blinked, you may have missed it. That's right, summer has come and gone in a flash... Notable events included the largest ever democratic vote taking place in India, the UK's Prime Minister resigned, USA won the Women's World Cup (Again) and the last VW Beetle rolled off the assembly line signalling the end of an era.
If reading that has made you a little bit sad that it's all over; don't be! We have Autumn coming up and we're going to tell you how to make the most of it!
Sadly, summer is coming to an end, and autumn is just around the corner. For those of you that are new to the UK, or planning to visit soon, here is a background about the autumn season, and some suggestions of what to do!
What is it?
Autumn is one of the four temperature seasons, which marks the transition from summer to winter. That’s right, it’s going to go from warm to cold. Prices of coats and jackets are about to go up!
The other main feature of Autumn, and perhaps the best part, is the colour change and shedding of leaves from deciduous trees.
Where did it come from?
The word “Autumn” derives from the ancient Italian language, Etruscan. The Romans borrowed it and it then became the Latin word autumnus. The Roman era ended, and the French used the words autompne or automne, the latter is still used today.
In 1066, the Normans invaded England, and brought us the French language. This remained the language of kings and nobility for over 300 years. King Henry IV (1399) was the first monarch to speak English as his mother-tongue, since the Norman conquest. English was previously spoken by the peasants and the lower class and was considered vulgar by the Normans. Over time, the English and Anglo Norman (French) languages merged and created Middle English. This was due to Normans and Anglo-Saxons intermarrying.
Jump forward to the 16th century you’ll discover that the season is referred to as harvest - because it is the time of year where the crops are ripe for harvesting.
As more people moved away from the farms/fields, and migrated to towns, the term harvest became obsolete and the words autumn and fall began to be used. Autumn being adopted from the French language.
The word fall has origins tracing back to old Germanic languages. There are discussions that are still ongoing about the exact derivation of the word. There are a couple of words from the Old English language that it may have come from, but in any case, they all mean “to fall from height”.
Autumn and fall were used in the UK, pretty much equally. As more Brits moved to colonies in America, they took their language with them and introduced the term fall to our cousins across the pond. Back in England, the term fizzled out, and autumn became the comon name for the season.
What to do
During Autumn, the English countryside and forests becomes a colourful masterpiece which attracts photographers and artists from all over. Many of the famous woodlands and parks have a wide range of family activities, tours, and hiking trails. They have become popular vacation destinations. Here are seven examples:
Stourhead, Wiltshire
Stourhead in Wiltshire, England is 2,650-acre estate which includes a Palladian mansion, gardens, farmland and woodland. It is a very interesting place historically and has been part owned by the national trust since 1946.
The National Arboretum, Westonbirt
The Westonbirt Arboretum is made up of 18,000 trees and shrubs over 600 acres. It is listed Grade I on the Register of Historic Parks and Gardens of special historic interest.
Forest of Dean and Wye Valley, Gloucestershire
Forest of Dean and Wye Valley is 42 sq miles of mixed woodland, and is one of the last surviving ancient woodlands, in the UK. The areas original inhabitants pre-date the Romans and J.K Rowling set some chapters of her last Harry Potter book in the Forest of Dean.
Thetford Forest, Norfolk
Thetford Forest is the largest man-made lowland forest in the UK. It boasts of 18,730 hectares. It was built after the Great War to provide a reserve of timber, after so much of the country’s oak and trees were used to contribute towards the war effort.
Holme Fen, Peterborough
Described as “The finest example of birch woodland in lowland Britain”, Holme Fen is the lowest land point in the UK. It’s part of the Great Fen project and is a home for a variety of rare birds.
The New Forest
219 sq miles of parkland, woodland, grassland and tree plantations. It was proclaimed a royal forest by William the Conqueror and is featured in the Domesday Book. Lots of wildlife and amazing scenery
The Lake District, Cumbria
This is a very popular UK holiday destination with 16 million annual visitors. It contains the largest mountain in England, and the deepest bodies of water. Great scenery, hiking trails, and a lot of other activities for families.
Halloween
During the months of autumn, we encounter Halloween. This is an annual event that takes place on October 31st. It’s a time where people hold themed parties, where people dress up in outfits related to the occult, ghosts, or anything that strikes fear into the unlucky person who greets the guests at the door.
Originally it was a pagan festival where people believed that the dead walked amongst the living. This is still believed in some cultures.
Here are some links to some Halloween related activities that are taking place this year (probably not suitable for the kids):
Halloween Parties in London
Top 10 Halloween Events
Halloween in London

Harvest Festivals
Another tradition of autumn is Harvest Festivals. These festivals and this tradition has been ongoing for hundreds of years. Previously, it was the time of year where the crops were ripe for harvesting which was a cause for celebration. These days we see Harvest Festivals popping up all over the country throughout September, where people share their finest crops, sing hymns / traditional harvest songs, and decorate churches with fruit baskets.
Here are eight harvest festivals mentioned by countryliving.com:
8 UK Harvest Festivals
Our bespoke settling-in service will advise you on the best places to visit near your new home.
Tagged as: autumn, halloween, november, photography, vacations
Share this post: