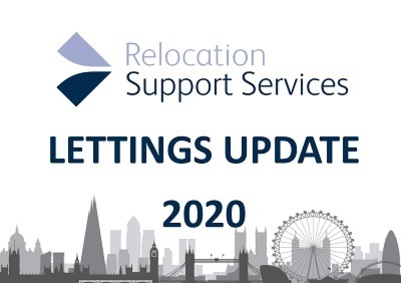 Posted on 7th February 2020 at 12:06
What's new in lettings? Find out here!
Last year was a positive year for tenants. The next 12 months look to continue in the same way, with new regulations to protect tenants finances and tightening up the laws regarding money laundering. Here is what to look out for:
Current Market
In spite of Brexit, the UK still has a large number of people renting properties in London. This slowed down very slightly after the result of the referendum; but since then, London has been just as popular as always.
• According to agents in the lettings industry, new properties are sparce at the moment. This means that if you are looking to rent a property, you must act quickly to avoid disapointment.
• Private rental costs have been strengthening since mid-2018. Experts say that rents in London are set to increase by around 2% in 2020
Update on Legistlations
Tenants Fee Ban
2019 saw the introduction of the Tenant Fees Act 2019, which has put a stop to a lot of charges that tenants were previously asked to pay. The act sets out what a tenant can be charged by an agent or landlord, namely:
• Holding deposit: maximum now limited to 1 weeks’ rent, with provisions about what circumstances an agent can withhold this money
• Rent costs
• Security Deposit: the amount that can be taken is now capped at the equivalent to 5 or 6 weeks rent
• Default payments: new stipulations about how much a tenant can be charged in certain situations such as late rent payments or requests to change the tenancy agreement.
The main change was that this stopped agents being able to charge tenants fees to set up a tenancy – we’d previously seen fees as high as £700 where agents would charge an admin fee, a tenancy agreement fee, referencing fees, deposit scheme registration fees and the check-in fee! None of these can be charged by agents anymore.
Agents can also no longer write their fees into a tenancy agreement – previously it was common for agents to charge various admin fees for sending out correspondence, renewing a tenancy, paying for check-in or check-out costs.
There has been a transition period until June 2020. That means tenancies that existed prior to this legislation were unaffected, but from June this year all tenancies will be covered by this regardless of when they started.
These changes have generally been seen as a positive move, and for the relocation industry there were are immediate savings to assignees moving into a new property.
Note:- The above only applies to Assured Shorthold Tenancies – so company lets, and high rent lets that places them outside the criteria for an AST are not covered and agents can still charge tenants any fees they want on those type of tenancies. To find out more about ASTs, click here
Deposit Replacement Products
We have seen a rise in ‘deposit replacement products’ over the last year. These are products sold to tenants as an alternative to paying a traditional lump sum as a security deposit, instead; asking them to pay a smaller upfront fee to ‘insure’ the landlord against any damage to the property.
Though they are being hailed in parts of the lettings industry as a benefit to tenants as they no longer have to stump up large deposits before their tenancy begins, we would advise being cautious of such schemes.
These products will always cost the tenant more money, as they are paying for an insurance product which is non-refundable, unlike with a traditional deposit, and you'll still have to pay costs for any damages to the property.
There are also questions about how easy it will be to dispute a claim for damages at the end of the tenancy, as there won’t necessarily be the same recourse for dispute resolution as there is through a tenancy deposit scheme.
Anti-Money Laundering Regulations
The 5th directive to the Anti Money Laundering Act (AML) has come into force. Previously, AML legislation covered Estate Agents for the buying and selling of property, but the new directive had expanded this to include letting agents for high rental tenancies (over 100,000 euros pcm).
This adds new responsibilities to letting agents, and other companies that are involved in finding rental properties (including DSPs such as RSS) to make sufficient checks to both the party renting the property and the owner of the property.
As with all new legislation, it will take the industry a while to adapt to these changes while the sector works out how this will work in practice. We also expect that letting agents will need to make additional checks on the employees being relocated, and checks may be done on the company too.
We will be closely monitoring this to see how this plays out so we can keep clients informed.
Share this post: