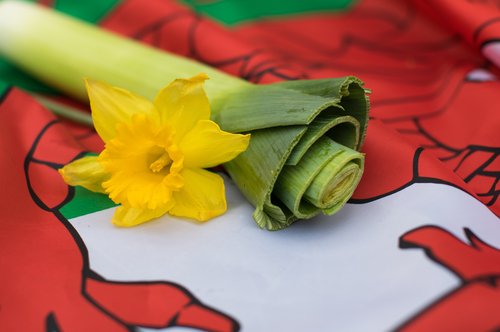 Posted on 1st March 2021 at 11:29
Saint David’s Day, also known as The Feat of Saint David, is a day where we celebrate Saint David who died in 589 AD.
Saint David was recognised as a national patron in the 12th century, during a time where the Welsh spent most of their time resisting occupation by The Normans.
During his lifetime, David was a famed teacher and a founder of 12 monasteries. He was known to have performed several miracles.
Although the day is dedicated to the patron saint of Wales, it is celebrated by many welsh communities across the UK and people with Welsh ancestry.

He Was a Vegetarian

St. David and his monks ploughed fields by hand rather than using animals and he did not eat meat. Apparently, he stuck to a strict diet of leeks and water. The leek became the national symbol of wales. This is an extension of his asceticism, which is a lifestyle chosen so that you can achieve your spiritual goals. He would abstain from all sensual pleasures.

His Legacy And Words Live On

St. David’s last words were “‘Be joyful, keep the faith, and do the little things that you have heard and seen me do.” The phrase “Do the little things in life” is still a well-known phrase shared in Welsh society, and a motto to live by. Buried in St David’s Cathedral, his shrine was often a place of pilgrimage throughout the middle ages and occasionally today.

UK's Smallest City Is Named After Him

The final resting place of St. David was in a cathedral in Pembrokeshire. The settlement and the surrounding areas of the cathedral was given city status in the 12th century. In 1886 city status was withdrawn only to be restored in 1994 by Queen Elizabeth II. This remains the smallest city in the UK, with a population of just over 1,600. 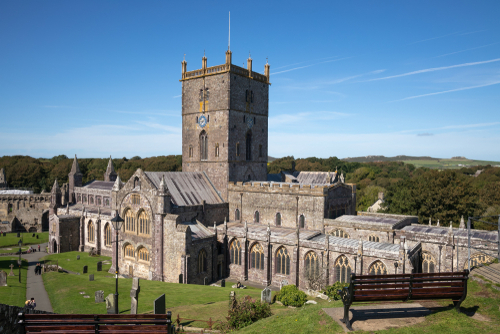 On 1st March every year, Disneyland Paris celebrates St. David’s Day by hosting a Welsh-themed week. They have fireworks displays, parades and even dress up their characters in traditional Welsh attire.

Only Native-Born Patron Saint of Britain

St. David was born on a clifftop, during a storm, in Pembrokeshire. The spot is marked by the ruins of Non’s chapel, named after his mother St. Non. He is the only native-born patron saint of the countries of Britain and Ireland.
Patron Saint of England, St. George was of Greek descent, St. Patrick (Ireland) was born in Roman Britain (apparently near Carlisle), and St. Andrew (Scotland) was born in Bethsaida, Galilee, in modern-day Israel.
Our Services
Tagged as: history, UK, united kingdom
Share this post: