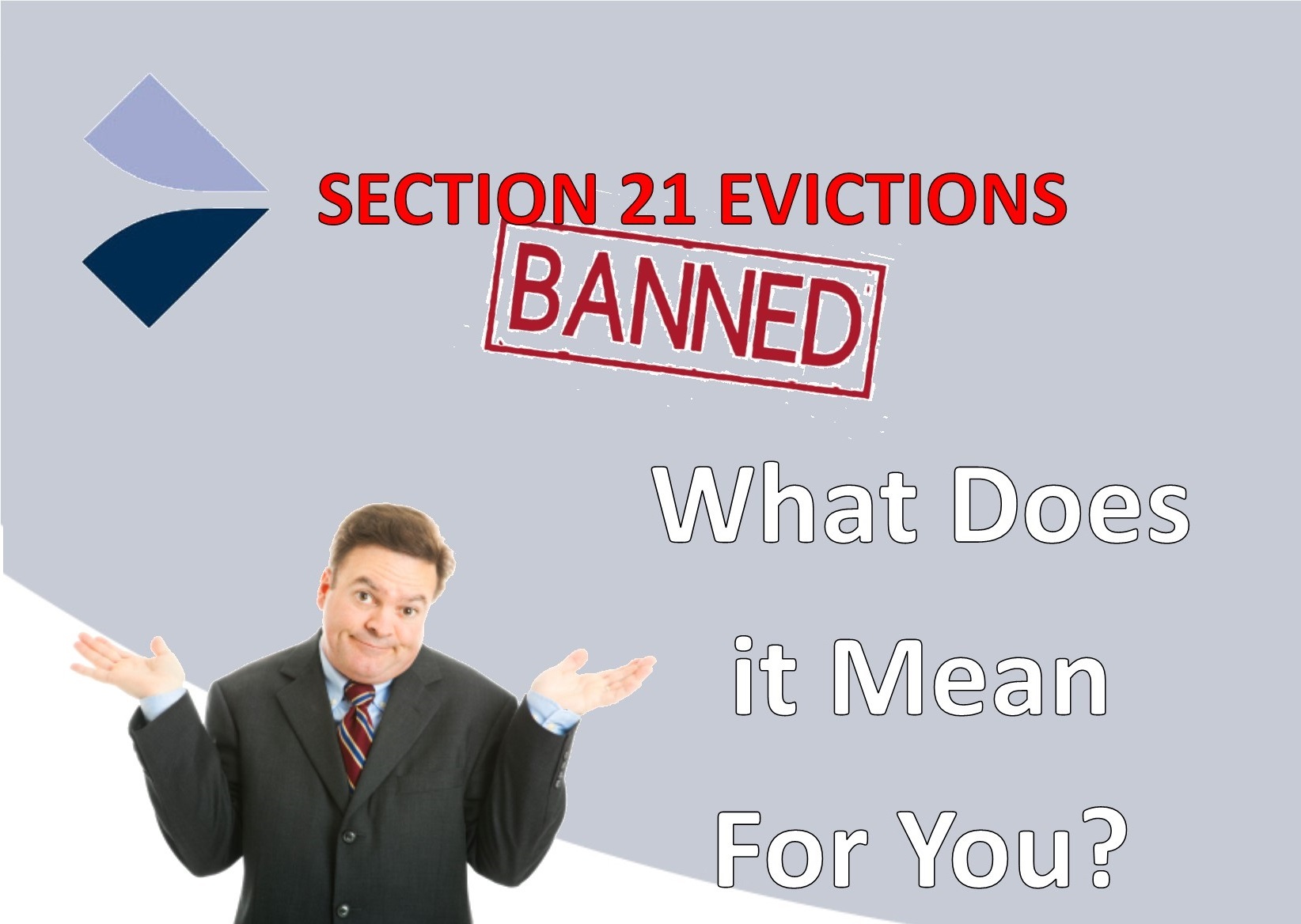 Section 21 Eviction Ban - What it means to you

Posted on 23rd April 2019 at 11:10
Last week marked the end of the Section 21 era. Jubilation filled the private-rental sector and campaigners alike, but what does it mean for tenants and landlords?

Section 21 Evictions and the Ban

First of all, What is Section 21? No, it's not where they are hiding the aliens, if that's what you are thinking...
Renting used to be a bit of a free-for-all. But, after World War I, there was a housing shortage and tenants were given reassurance about their security with the introduction of the Increase of Rent and Mortgage Interest (War Restrictions) Act 1915. Over the years the laws have changed in many ways; The Rent Act in 1977 made it so renters cannot be evicted by landlords unless they had deferred on their rent. In 1988 the government introduced The Housing Act, which introduced assured tenancies and shorthold tenancies…
The act featured a clause known as section 21 notice, which state that landlords can apply for an order of possession from the court without specifying any reason as long as sufficient notices have been given. This loosely means that landlords could be creative in finding ways to evict their tenants for their own benefit. Tenants, of course, could challenge the decision in court but would have to pay court fees.
Most landlords wouldn’t dream of evicting their tenants for no reason and they can also benefit from the changes, which we’ll mention later.
Unfortunately, evictions do happen. A landlord may want to move into the property themselves, they might have found a new tenant who will pay more, or maybe they just don’t like the tenant! This, of course, is unacceptable.
Generation Rent, a group that campaigns for renters’-rights collected 50,000 signatures on their mission to call for the end of the legislation. The Prime Minister stated last week that the current section 21 rules were “wrong” and “we’re acting by preventing these unfair evictions”.
It is not known when the Section 21 ban will come into effect, but it should be soon (Cue the jokes about Brexit).

Tenants are at the heart of the changes. It’s a change brought about by tenants, for tenants!
For a long-time, renters have believed that they had little power when it came to their own living arrangements. This is a scary thought when some people have been told to find a new home at short-notice, for no reason, and legally, they can’t do much about it without paying a lot of money.
While it all sounds very sinister, the industry isn’t rife with indecisive landlords, there are a few that hurt the reputation of the wider majority. However, it has happened enough for Generation Rent to call for change and the government listened.
This has been hailed as a victory for the rights of tenants and with 11 million private-renters in the country, that’s a big group of happy people! Scotland and Wales have already made moves in protecting their private-renters and the rest of the UK seems to be following suit.
Wales announced that they will scrap section 21 orders last week and Scotland revamped their renter regulations back in 2017. The Scottish government introduced 18 grounds for repossession so that landlords still have their rights.

There were several stories out there which suggested landlords would be very unhappy. It does seem that a lot of the people who campaigned for the end of section 21 had experienced some unfortunate interactions with landlords themselves and have painted a picture of landlords being ivory tower-dwelling tyrants, but we know that the vast majority of landlords play by the book and welcomed the change.
Overall, the scrapping of the law does mean things are fairer. Landlords are still able to bring forth a case for eviction but only when a valid reason is presented. This doesn’t exactly sound unreasonable, does it?
As well as that, the government has said that court cases can be accelerated which allow the landlords to re-let the properties quickly if a tenant is acting unreasonably (e.g. excessive damage or complaints, arrears, or abandonment).
In conclusion, the announcement has seen a positive reaction all-round.
As a nation, we rely heavily on the rental-sector with landlords and tenants working in tandem to ensure the best living situation for all included.
The scrapping of section 21 has levelled the playing field and it should lead to better communication between landlords and their tenants.
Tagged as: educational, GOVERNMENT, landlords, money, tenants, UK
Share this post: