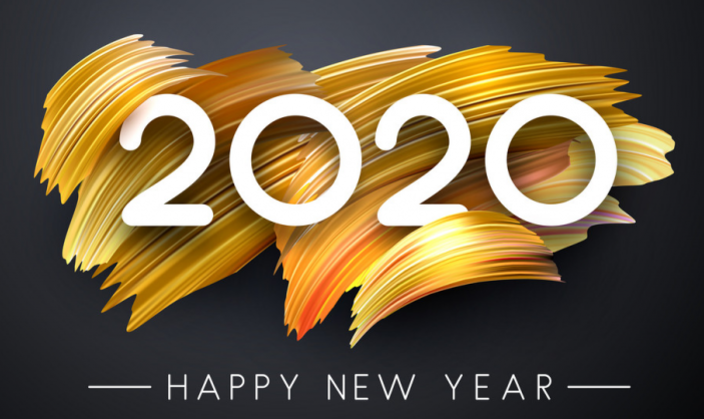 Posted on 10th January 2020 at 12:03
It’s time to bid a fond farewell to 2019 as we move into a new decade.
A great decade for RSS which saw us grow, move to a new office and has no doubt filled us with optimism for what lies in our future.
In this article we are going to present you with a selection of upcoming events that are worth putting in your diary for 2020!

Brexit
After four years of debate, votes and flat-out arguing, the UK is going to leave the European Union.
January 31st will be the first of two very important dates in 2020. The end of January will see the UK officially begin their period of transition which allows 11 months to prepare for the eventual exit.
The transition period will end on 31st December 2020 and after that date, the UK will no longer be an EU member.
U.S. Election
It’s been an eventful four years too for our friends across the pond! President Donald Trump has held the office for four years and that now means; it’s election season!
17 hopefuls (13 of them Democrats) will challenge one another in a series of debates, rallies and politically charged adverts. The official date for the election is Tuesday 3rd November.
Catalan Election
The Catalan region of Spain is due to hold an election on February 4th. This could be a significant vote as there are two parties that may look to hold another referendum for Catalan independence.
Watch this space! We may have a new republic being born in 2020/21!
New Caledonian Referendum
New Caledonia, a small island in the South-Pacific are set to hold a vote to declare independence from France.
Liberia Tree Promise
The Norwegian government have an arrangement with the Liberian government (Ran by former World Footballer of the Year, George Weah) that aims to end deforestation by 2020.
The Scandinavian country will pay Liberia $150 million to stop deforestation. This will make Liberia the first nation in the world to completely stop cutting down trees!

This year will see some changes to the world that could have a lasting impact:
Grand Egyptian Musuem
It’s a busy time in Egypt as they prepare to complete and open the world’s largest archaeological museum.
The design of the building is a result of an architecture competition. In 2003 the winners were announced… Heneghen Peng, a company based in Dublin, Ireland were the eventual winners.
The foundation stone was laid in 2002, 18 years later and here we are! In 2018, the statue of Ramesses II, which is over 3,200 years old was moved to the entrance of the building, making him the oldest doorman in the world.
The Museum will house the ENTIRE Tutankhamun collection as well as over 5000 items from the Egyptian Museum which includes artefacts from various tombs belonging to the likes of Thutmosis III & IV, Pususennes I and anything else they dug up from the Valley of Kings!
New Capital?
Staying on the Sinai Peninsula, specifically 28 miles east of Cairo, Egypt is building a new city. The city is yet to be named but is likely to become the new capital of the country.
The city will be the administrative and financial capital housing government departments and embassies. With an estimated population of 6.5million moving to the city, it will see congestion relived in Cairo, one of the most overcrowded cities in the world.
Cross Rail (Elizabeth Line)
Going off-script here to tell you that I was planning on writing about the long-awaited opening of the Cross-Rail Service. This will be a new train line with 41 stops that will link central London directly to the “out-of-towners”.
Today I have seen that the project is now set to be completed in the Summer of 2021… here is the full story: http://www.crossrail.co.uk/news/articles/elizabeth-line-services-through-central-london-expected-to-commence-in-summer-2021
Mars 2020
This July is an exciting time for Alien enthusiasts as the Mars 2020 mission aims to discover signs of life from ancient times. The Mars 2020 Rover will land on the Jezero crater on 18th Feb 2021.
The plan is to research past habitants (if any) and to check the living conditions for eventual missions involving a manned crew.
Lots of discussion about sending settlers to Mars or starting a colony. At the start of the next decade, I could be writing to you from Mars! Who knows?

EURO 2020
The football world will become absorbed by the passion, drama and eventual elation when England get knocked out of EURO 2020.
For the first time, the competition will be hosted in 12 major European cities which is seen as a somewhat “romantic” event to mark the 60th anniversary of the European Championship.
24 teams will battle it out between 12th June – 12th July with the eventual final being held a Wembley Stadium, London.
Summer Olympics (Tokyo)
Tokyo 2020 will begin on 24th July to 9th August. This is the worldwide sporting event that a lot of us are waiting for. The first modern Olympics took place in 1896, but the ancient games were in Olympia, Greece back in 393 AD!
This is another event that we are only blessed with every four years… it starts two days after the end of Euro 2020, which gives you TWO DAYS of quality family time before sports dominates our lives again!
HAPPY NEW YEAR!
Share this post: